To answer those questions, I need to revisit a bit of personal history.

“When I first conceived of Jewish Universalism, it was during a transitional period when I declined my synagogue’s offer of a contract renewal in January, and I had to remain in my position until July. For Rabbis and Cantors, those months are a time of soul searching- and job searching. We tend to just “walk through the motions” and show up and perform our duties but often devoid of much spirit or “Neshama” (soul). Many nights I couldn’t sleep and I awoke at 3am to stare at the ceiling and wonder what would I do to provide for my family and my spirit. 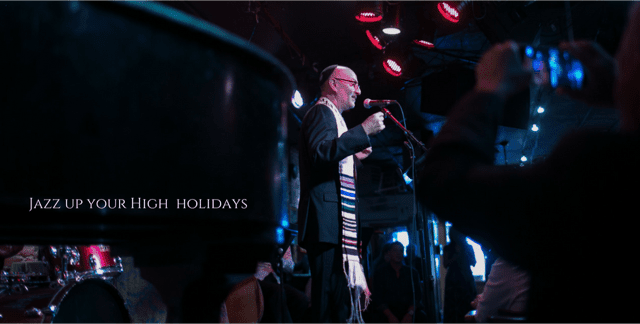 Over the course of three years as Rabbi of that Conservative synagogue (and fifteen years prior to that as Cantor and Spiritual Leader of several other synagogues), I came to reject Conservative theology. It simply did not feel like home.

Despite it’s great scholarship and the fact that it is the best place to learn rituals and liturgy, Conservative Judaism eventually caused me great pain. The hypocrisy was exasperating and exhausting. We were kosher in the synagogue to the extreme, but most of the congregants were un-kosher outside. No food collection for the poor-even canned goods- that were un-kosher were permitted in the synagogue. Our membership was dying in that community, so we discussed selling the building and moving to a nearby town where the pickings might have been better. But that would never happen- the leaders of the shul (a/k/a those few who did everything) would not have it. We fought battles over playing music at Services, over Bat Mitzvah girls covering their heads, about the role a non-Jewish family member might play at a B’nai Mitzvah, about changing/updating prayer books, and on and on. Everything was a battle.

And anytime someone new would show up for a worship service, they would only stay about an hour and then they were gone. Our Shabbat morning Services were often three hours long.

And so, during those last months of that waning contract I had the opportunity to envision what Judaism truly meant to me, how I believed G-d intended it to be shared and how I might best transmit it as a teacher to all the people for whom I knew it simply was not resonating.

My background as a Yeshiva student during my formative grammar and High School years gave me broad perspective on living as a traditional Jew- although that was in reality never to be my path. In college and subsequently for years afterward, I drifted away from Judaism. I rarely went to synagogue, ate “treif” (un-kosher) and indulged in a poor artistic lifestyle which consisted mainly of writing music in the days and playing gigs in the evenings.   So after a Jewish Yeshiva education and college, there was a span of about ten years, until I was married and my first daughter was born, during which I gave little thought to my Judaism.

But then something awakened.

When marriage and children came along, faith re-enters the sphere of importance. This “life-event” Judaism  awakens in many, many Jews. I imagine it happens across all religions. It is a rather common phenomena and of course, for those of us in the position of Rabbi or Cantor, those are the times of greatest opportunity to welcome, teach and bond. And we only have a narrow span of years to reach them, because as we know after a Bar or Bat Mitzvah occurs, synagogue affiliation is simply over.

How sad it is then, when people become ready to re-explore their Jewish heritage, members of the Jewish community often are unwelcoming, display ill-will, are judgmental, speak Lashon Hara (“evil tongue/gossip”) and even openly spar with one another. Even today, Synagogues can be exclusive and expensive. And when it comes to the Conservative Movement, many shuls are typically in severe membership decline and comprised of mainly the elderly.
How many Conservative synagogues today still don’t try to adjust to the needs of their communities? Their ritual committees restrict the participation of  interfaith couples, refuse to meaningfully adapt their Hebrew School curricula, to shorten the length of Services to make them more resonant and on and on.

Below, I share links to articles from the past year, which illustrate the sad state of a substantial portion of progressive Judaism and how the Movements struggle. Even their connections to Israel have become more and more challenged.

In April 2016, many Reconstructionist rabbis formed their own association in protest of the Movement accepting Rabbinical candidates who’s partners were not Jewish:

In June 2017, the Rabbis at BJ, the iconic Conservative synagogue in NYC, came out to support officiating at Interfaith Weddings- with certain “conditions.”

Described by a Conservative Rabbi as the “issue of our time,” the BJ decision faces pushback from the rest of the Conservative Movement.

The Jewish Renewal Movement is in disarray as their Board quits and rabbis there is a vacuum and a lack of authority.

Progressive and Liberal Jews reevaluate their relationship to Israel and Zionism and make America their first priority.

The egalitarian prayer space at the Western Wall is scrapped, much to the joy of the Ultra Orthodox who claim the wall for the Orthodox only. And of course, the matter of Jewish Conversion, performed by non-orthodox or non-Israeli sanctioned rabbis occupies a rather large part of the debate.

And last but not least a McCarthy-like “list” has been issued comprised of American Rabbis who’s Jewish Conversions are not to be recognized in Israel.

So again what is Jewish Universalism?

JU is a practical, authentic Jewish response to the turmoil described above- a non-judgmental, all-inclusive, kind and loving Judaism. Jewish Universalism is not filled with angst, does not demarcate lines-in-the-sand, or foster restrictions. In JU, you and your partner and family can just be yourselves. We are happy to have you- and we want to teach you and learn from you. We are pluralistic/multi-denominational (it means you don’t even have to be Jewish to worship with us). We rise above the fractional fray within the mainstream Jewish World, roll up our sleeves and get to work!

Our mantra as Jewish Universalists is “Hear oh Israel, Hear oh Humankind, the Lord is G-d and G-d is one!”

We exclude political discourse from our religious worship and gatherings at a time when the lines between Church and State are increasingly blurred and it’s all too easy to fall into the trappings of taking political sides.

We trust that our JU Doctrines embrace everyone who would like to be a part of our vision- a vision of true “Oneness,” a vision of non-exclusivity and a vision of respect and harmony for all people regardless of their faith, or even lack thereof.

As eighteen Jewish Universalist Rabbis who serve their communities understand, we are blessed to be called to service without the restriction of a particular Jewish Movement’s dogma that prevents us from truly meeting the needs of the modern Jew.

And that’s who we are. We welcome you all!”